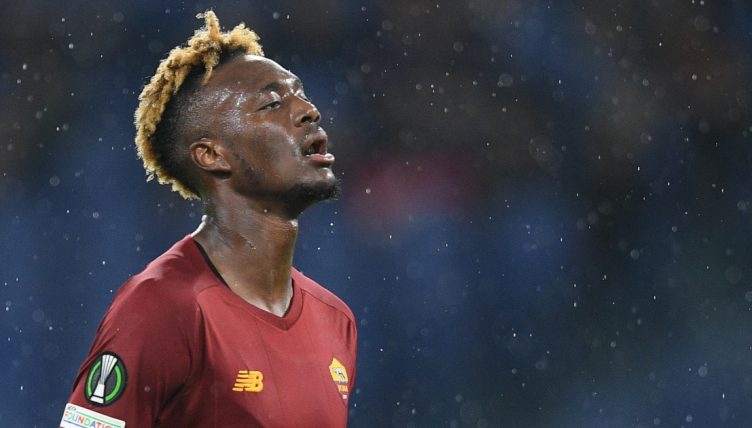 Tammy Abraham scored one of the best goals of his career for Roma on Thursday – but also produced one of the more glaring misses of his whole career.

Abraham moved to Italy this summer after losing his place under Thomas Tuchel at Chelsea. Under the watchful eye of Jose Mourinho, the striker has made a fine start to life in Serie A and has scored 7 goals in 19 appearances this season.

The England international scored an incredible overhead kick during the 4-0 victory over Zorya Luhansk but would have expected to add to his tally considering the opportunity that presented itself.

Latching on to a deep cross, Abraham somehow bundled the ball over the bar when it seemed easier to score.

You can see the 24-year-old put his head in his hands as he attempts to figure out how the net failed to bulge.