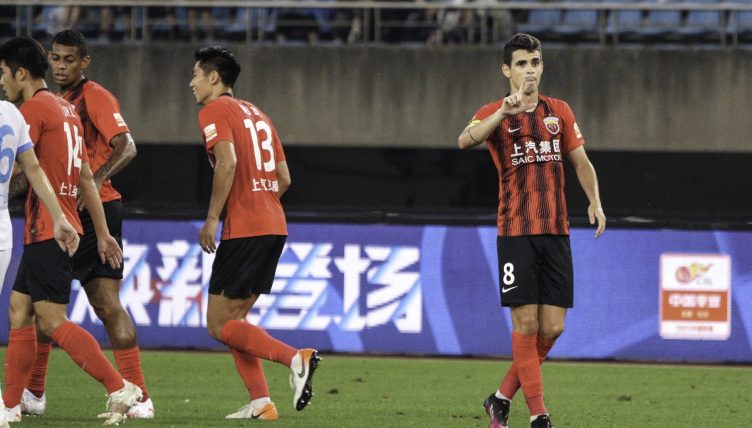 Former Chelsea midfielder Oscar showed his old side what they are missing with a sensational goal for Chinese Super League club Shanghai Port.

The Brazil international spent four-and-a-half years at Stamford Bridge before making a surprise £52million move to China in January 2017.

He is now into his fifth season in the Chinese Super League and recently registered five assists in a 6-1 win over Tianjin Jinmen Tiger.

After Wenjun Lu gave Shanghai Port the lead against Dalian Pro, Oscar made it 2-0 in the 39th minute with a brilliant goal from outside of the area.

The 29-year-old then completed the victory with a penalty in injury time.

“I don’t think about leaving China,” Oscar told The Guardian in January. “There is a great project for me here. But, to end my career, I would like to return to Chelsea.

“I built a beautiful story there and went to the Premier League very young, at a time when fans did not trust Brazilian players that much. I helped change that.

“I’ll be a bit older when I try this move again but, as I am playing very well, with good stats, I feel there is still a place for me at Chelsea.”

A few more of these and, who knows, he might just get his return to Stamford Bridge*.