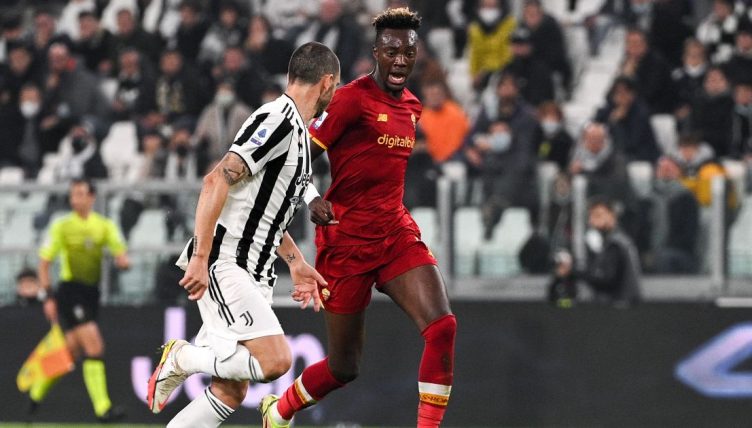 Roma were left furious after missing a penalty which was awarded despite former Chelsea striker Tammy Abraham having the ball in the net on Sunday night – but our attention was drawn to the dribble that left Leonardo Bonucci for dead beforehand.

Abraham has been in impressive form since joining Roma for a fee of £34million in the summer and continued his fine start to the season against Juventus.

The England striker thought he’d equalised after tapping home from close-range following Henrikh Mkhitaryan’s pass but the referee bought the game back for the foul committed on his team-mate seconds beforehand.

But that shouldn’t detract from the skill that led to the incident. Abraham picked the ball up and glided into the Juve penalty area, taking Bonucci out of the game with some silky footwork before being bundled over by Arthur.

Mkhitaryan missed the penalty and Roma lost the match 1-0. You can imagine the look on Jose Mourinho’s face.