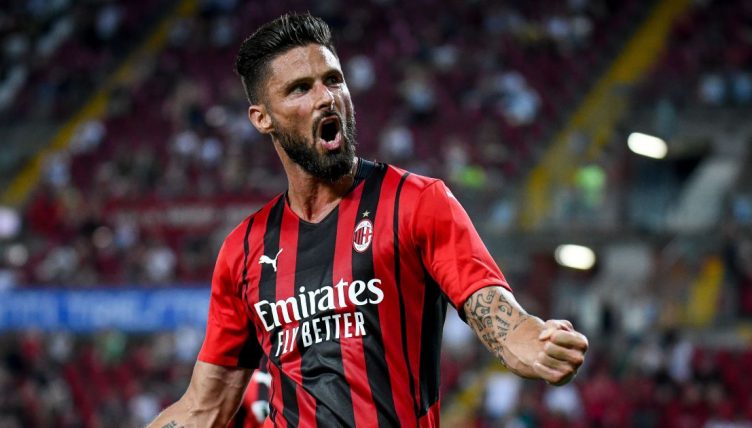 Giroud made just eight league starts for Chelsea in 2020-21 and joined Milan in a €1million deal in search of regular first-team football.

The 34-year-old made his unofficial debut for the Rossoneri in a friendly against Nice and came off the bench to score with his very first touch of the ball.

He then started against Panathinaikos and scored two first-half goals before Fotis Ioannidis pulled one back for the Greek side in the 77th minute.

“I’m very happy,” Giroud told Sky Sport Italia after the game. “Today was a very good game for me because I scored two goals.

“I thank the lads for the assists. We could have scored even more goals, I also hit the post. We are improving with every game by creating many chances in the last metres. We are sorry to have conceded a goal, but I’m very satisfied with the performance.”

AC Milan will now start their 2021-22 Serie A campaign with an away game against Sampdoria on Monday night.