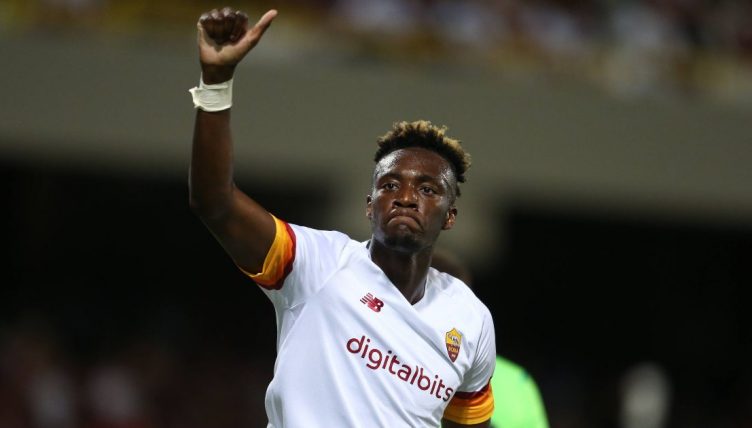 Former Chelsea striker Tammy Abraham opened his goalscoring account for Roma with a brilliant strike in their 4-0 win over Salernitana.

Abraham came through the Chelsea academy and established himself in the first team during Frank Lampard’s reign, scoring 15 goals in 34 Premier League appearances in 2019-20.

But he struggled for regular first-team minutes under Thomas Tuchel and fell further down the pecking order following Romelu Lukaku’s arrival.

The England international then completed a £34million move to Jose Mourinho’s Roma and enjoyed a brilliant debut, registering two assists against Fiorentina.

Abraham made his second Serie A appearance against Salernitana and made it 3-0 in the 69th minute, firing home a first-time finish from just inside the area.

“I spoke to Jose and obviously (general manager) Thiago (Pinto) before coming here and they told me the ambition of the club,” Abraham said recently.

🔶 Tammy Abraham with the first of many for AS Roma.

Fabio Quagliarella: The Serie A legend forced to make up for lost time