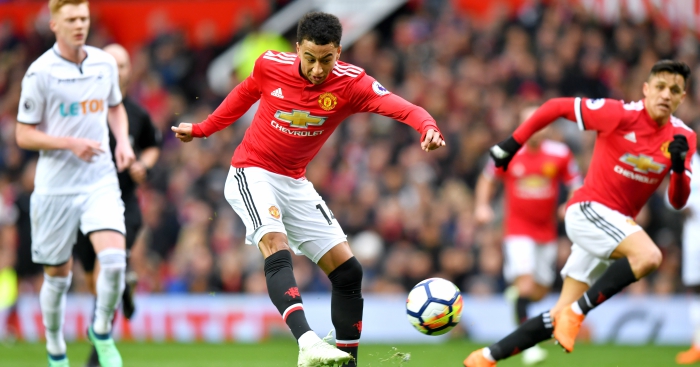 Former England and Tottenham midfielder Jermaine Jenas says he would like to see Manchester United man Jesse Lingard start at the World Cup – but a lot depends on Harry Kane.

Lingard put in another strong performance as Manchester United defeated Swansea, and after starting over Dele Alli in the recent friendlies, England fans appear to be warming to the idea of the 25-year-old winger starting in Russia.

And Jenas, speaking on BT Sport’s Score programme, believes that Lingard is too good an option to turn down in the rich vein of form he currently finds himself in.

“I’d like to see him playing for England at the World Cup in this type of form. He scores goals and he’s creative… he’s been pivotal for United today.”

However Jenas reckons a lot has to do with front man Kane, who he reckons may prefer Alli playing behind him, and that may be the deciding factor despite the former MK Dons man’s lack of form.

Has Jesse Lingard cemented his playing in England's starting World Cup XI?@jjenas8: "A lot of it will boil down to who Harry Kane wants to play with, how do we get the best out of Kane?"#BTSportScore pic.twitter.com/TYKaQn5c8A