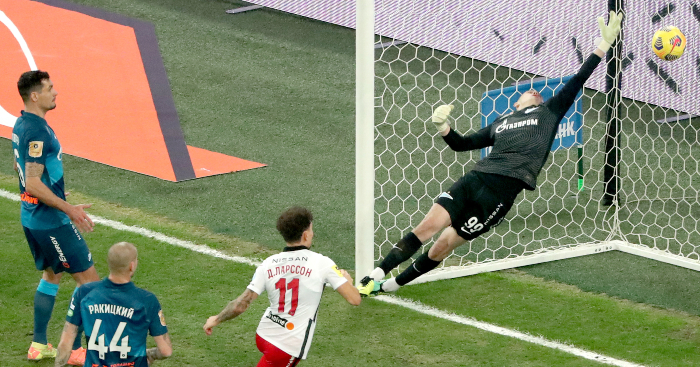 Dejan Lovren was unfairly maligned at times for Liverpool, but let’s face it: the boy knows how to f*ck up like the best of them.

Liverpool fans were given plenty of scares by Lovren during his six-year stay at Anfield, but the centre-back also enjoyed periods of fine form, most notably in helping the side reach the 2018 Champions League final.

One Liverpool fan summed Lovren up best by describing him as “equal parts Maldini and Mustafi”.

But we have to admit the Croatia international’s reputation for gaffes is well-earned, and he was back to his calamitous best in Zenit’s Russian Premier League clash with Spartak Moscow on Wednesday.

Zenit took the lead early on but were pegged back by their own player as Lovren calmly chested the ball over his goalkeeper, Andrey Lunyov. Thankfully, he was spared any further blushes as Zenit ran out 3-1 victors.

Only Dejan Lovren could do this: pic.twitter.com/xEnwo4zuaJ

Lovren celebrated a wondergoal like Cantona & we hope he never changes