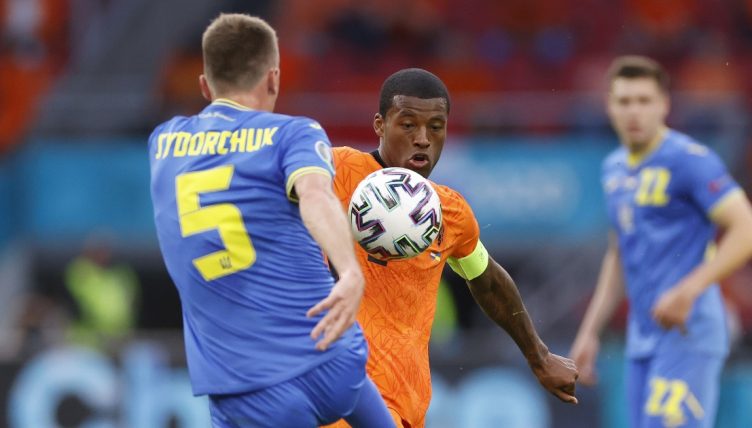 Georginio Wijnaldum’s brilliant volley for the Netherlands against Ukraine gave Liverpool fans a reminder of what they’ll be missing – but it was matched by an equally stunning save.

Wijnaldum captained his country for their first game of the tournament in the absence of former teammate Virgil van Dijk.

And the midfielder demonstrated the benefits of playing him in a more advanced role with a stinging volley.

Memphis Depay scooped a ball into the penalty area and urged a team-mate to run on to it.

A Ukrainian defender scrambled the ball away, but only as far as Wijnaldum who smashed a return goalwards.

But this brilliance didn’t result in a goal. The ball took a deflection but was kept out by a fantastic save by Ukraine goalkeeper Heorhiy Bushchan.

Having recently signed for French side PSG, Wijnaldum will be hoping to start with his new club on the back of a solid Euros for the Netherlands.