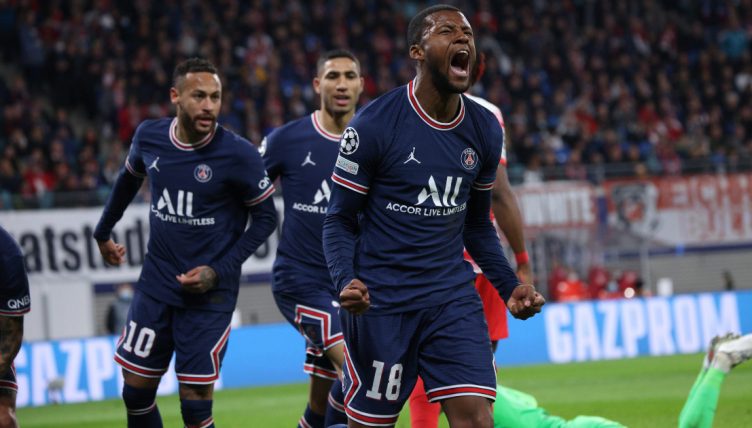 Wijnaldum moved to the French side on a free transfer after his contract with Liverpool came to an end this summer, opting for the Parisians rather than Barcelona.

PSG had fallen behind to RB Leipzig at the Red Bull Arena early on in their match, but Neymar was able to play Mbappe through on goal who squared the ball to Wijnaldum to tap it in on the 21st-minute mark.

In the 39th-minute he then doubled his tally to put PSG ahead with a simple header which was awarded after a VAR review confirmed he was onside despite the linesman putting his flag up.

PSG were dealt a difficult draw for the group stages, finding themselves in Group A alongside Manchester City, RB Leipzig, and Club Brugge.

The French side also faced RB Leipzig in the group stages last season, losing 2-1 away from home and beating them 1-0 in the reverse fixture at the Parc des Princes.

Wijnadlum was part of a host of summer arrivals in Paris that included Gianluigi Donnarumma, Achraf Hakimi, Sergio Ramos and, most notably, Lionel Messi.