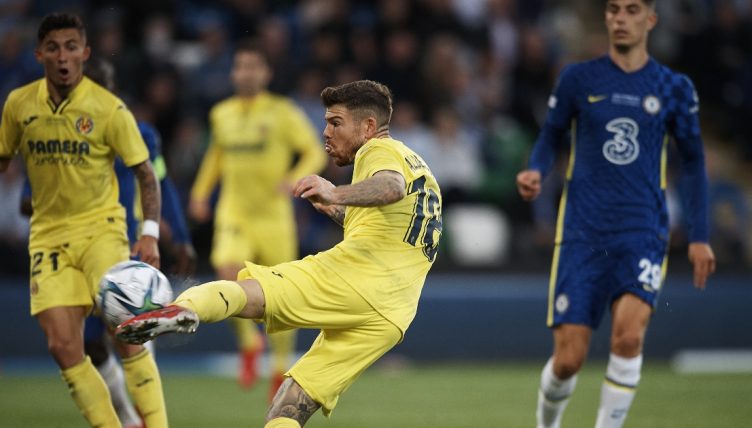 Hakim Ziyech gave the Blues a deserved lead as the Champions League holders started sharply, but Villarreal started to grow into the game once the Morocco international went off injured with a shoulder problem.

Villarreal wasted a brilliant set-piece opportunity on the edge of the box after a crunching challenge by Antonio Rudiger divided opinion between coaches Thomas Tuchel and Unai Emery.

But moments later the La Liga outfit got the ball back into Chelsea’s box after some fine work from Spain international Gerard Moreno, who did well to cut back a cross to find his namesake drifting in unmarked.

Left-back Alberto Moreno caught the ball sweetly just on the edge of the six-yard box, absolutely wellying it to leave Edouard Mendy helpless. Fortunately for the Chelsea keeper, it was kept out after rattling the crossbar.

He was known as an erratic defender during his five years at Anfield, where he was eventually usurped by Andy Robertson, but he appears to have put his injury woes behind him and may prove an important player for the Yellow Submarine in 2021-22.

Alberto Moreno nearly broke the crossbar for Villarreal with this 😳

The Yellow Submarine almost back on level terms down to the Spaniard's back-post volley 🚀#SuperCup pic.twitter.com/ezOlEE2G5b