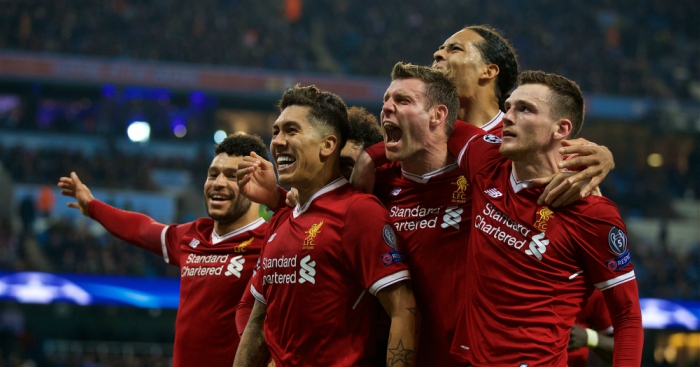 Former Liverpool man Danny Murphy says he would have preferred Real Madrid or Bayern Munich in the Champions League draw, which saw Jurgen Klopp’s side paired with fellow underdogs Roma.

Liverpool pulled off a huge shock in the quarter finals, beating Premier League champions-elect Manchester City by five goals to one over two legs, to make it into the last four for the first time in 10 years.

Roma, meanwhile, did what City couldn’t and overturned a three-goal defecit in the second leg – against La Liga champions-elect Barcelona.

Reds supporters widely believed a draw against Roma to be their easiest chance of progression, but the eventual tie wasn’t for everyone.

Speaking on Talksport, Murphy said that Liverpool are no longer the underdogs, which completely changes their outlook, with the pundit expecting Roma to be “pragmatic” in their approach to the game.

“They’re not going to mind shutting up shop,” the former Reds midfielder said.

“I wanted Liverpool to get Madrid to be honest, because I’ve seen them a few times this season and they’ve been all over the place defensively.”

"I wanted Real Madrid… Liverpool would have killed them!" 🤔