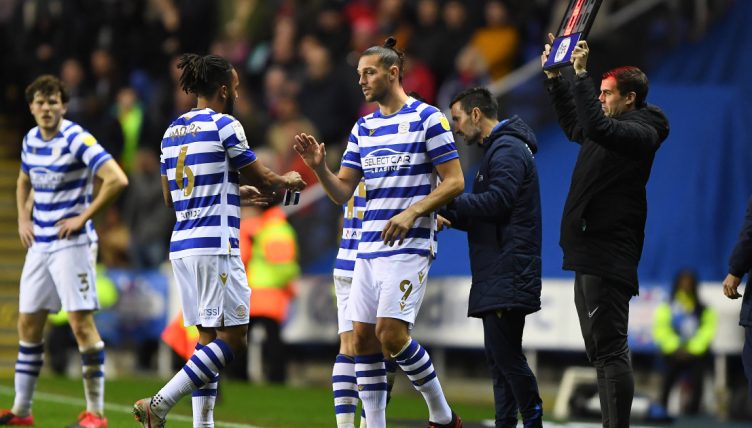 Andy Carroll has scored his first goal for his new club Reading on his first start for the club as he helped the Royals to a 3-2 away win at Swansea in the Championship.

Carroll signed a short-term deal with Reading earlier in November which runs until mid-January after he was released by Newcastle bringing to an end his second stint at the club.

The striker, sporting a ponytail, took the ball down well from a long ball that went high over the Swans’ defence.

Carroll then did well to hold off the challenges that came his way before cutting the ball onto his left foot and firing home to score an impressive first goal.

He then celebrated by picking up the corner flag and pretending to row with it.

The 32-year made his name at Newcastle before leaving for Liverpool but after an up-and-down time on Merseyside he moved on to West Ham before returning to his boyhood club Newcastle.