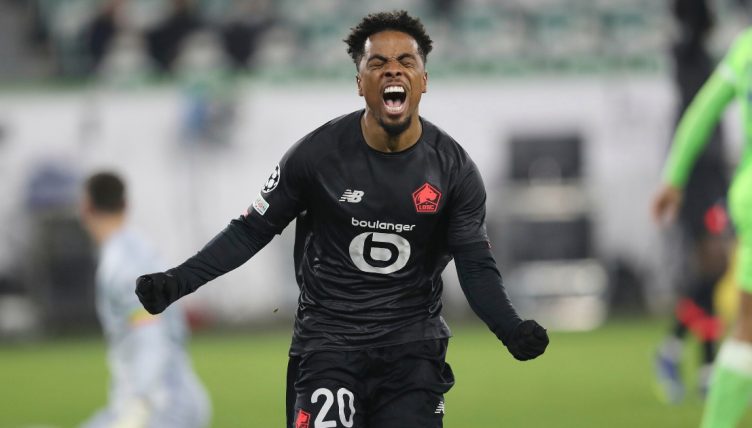 Manchester United fielded a young line-up during their 1-1 draw with Young Boys in their final Champions League group match – but it was one of their former young starlets that caught the eye on Wednesday evening.

Angel Gomes, who left United in 2020, netted his first Champions League goal and claimed an assist to help Lille beat Wolfsburg 3-1 in Germany.

Gomes’ brilliance helped the French club secure their place in the next round of the Champions League as Group G winners, beating Red Bull Salzburg to top spot.

United didn’t want to let Gomes leave. The 21-year-old left United after turning down a contract extension in the hope of more first-team football.

A move to Lille followed, who loaned the midfielder out to Boavista for the 2020-21 season. Gomes made a good impression in Portugal and has carried on that form during Lille’s decisive Champions League match last night.

Gomes set up Jonathan David’s goal before slotting the ball past Wolfsburg goalkeeper Koen Casteels to make the score 3-1 and seal Lille’s passage through.