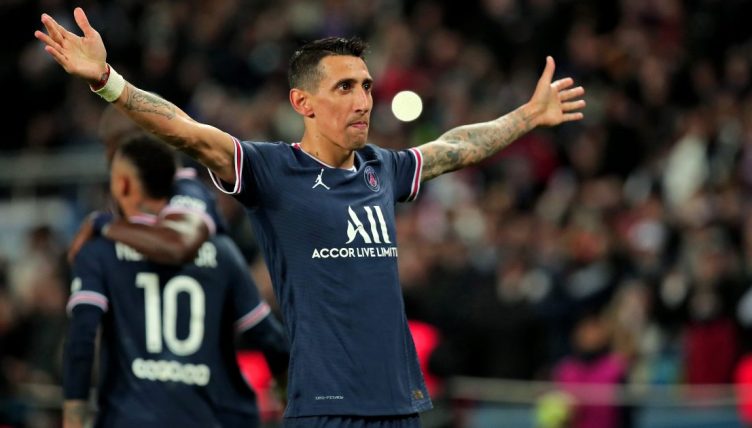 Di Maria, who spent just 12 months at United after signing for a then club-record £59.7million back in 2014, performed the moment of magic during the 74th minute of the game at the Parc des Princes with his side 1-0 down and desperately in need of a piece of individual brilliance after talisman Lionel Messi was taken off injured at half time.

The No.11 began the goalscoring move after being picked out by team-mate Neymar with a well-weighted through-ball after managing to get in behind the Lille defence.

Di Maria still had a lot to do, however, with him collecting the ball near the touchline on the edge of the penalty area before cleverly cutting inside and pulling off a cheeky, pinpoint accurate dinked pass to Marquinhos in the middle of the box who finished off the move by smashing the ball into the top corner.

It would prove not to be the forward’s only contribution of the night, however, with things getting even better for Di Maria when he also scored an 88th-minute winner to give his side all three points.

It was exactly the kind of performance Red Devils fans had hoped to see from the Argentinian at Old Trafford, yet as well all know it never quite came together for talented wide man in Manchester.

Look at what it means to him! pic.twitter.com/k8APnOLuwS