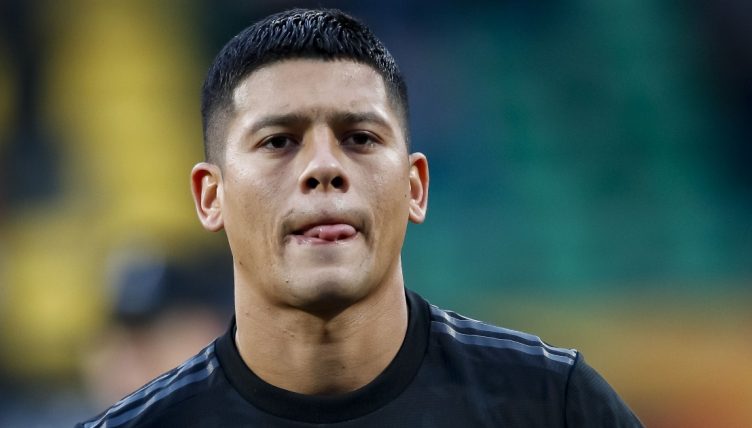 Manchester United fans will not be surprised to hear that it took just 15 minutes for Marcos Rojo to get sent off in the Argentinian Superclasico between Boca Juniors and River Plate.

The fixture is famously one of the most volatile in world football, and the addition of the famously hot-headed Rojo was always going to guarantee fireworks.

After nearly seven years with United, the Argentina international eventually left the club – having largely been frozen out under Ole Gunnar Solskjaer – to join Boca back in February. He made headlines back in July for grabbing a fire extinguisher during a brawl after the Argentinian giants were knocked out of the Copa Libertadores.

In his latest act to catch the eye across the pond, Rojo received two bookings after just 15 minutes of Boca’s clash with River Plate on Sunday. He was definitely late, but in fairness he’s a little unlucky to receive a second yellow – the referee could definitely have decided just to give him a word of warning.

River went on to exploit the man advantage to win 2-1, which keeps them top of the Primera Division. Rojo’s Boca sit down in ninth.

Marcos Rojo picks up TWO yellow cards a minute apart and he is gone.