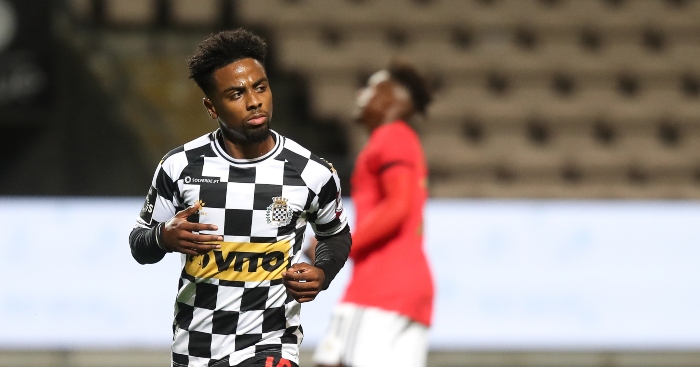 Angel Gomes continues to show Manchester United what they are missing with another wonder goal for Boavista.

Gomes came through the United academy and made his senior debut at the age of 16 in 2017, becoming the first player born in 2000 to appear in the Premier League.

He only made another nine first-team appearances for the club, however, and rejected the offer of a new contract in 2020.

The midfielder joined Ligue 1 side Lille following the expiration of his deal at Old Trafford and was immediately sent out on loan to Portuguese side Boavista.

“He is a player that I had to watch several times live, both in the Manchester United teams and in the youth teams,” Lille director of football Luis Campos told O Jogo in September 2020. “For me, I repeat, he is one of the greatest European talents of today.”

The 20-year-old had registered four assists and two goals going into their match with SC Farense, including a sensational David Beckham-esque goal against Moreirense.

With Boavista trailing 1-0 against SC Farense, Gomes picked up the ball in his own half before driving forward and curling his effort into the bottom corner.