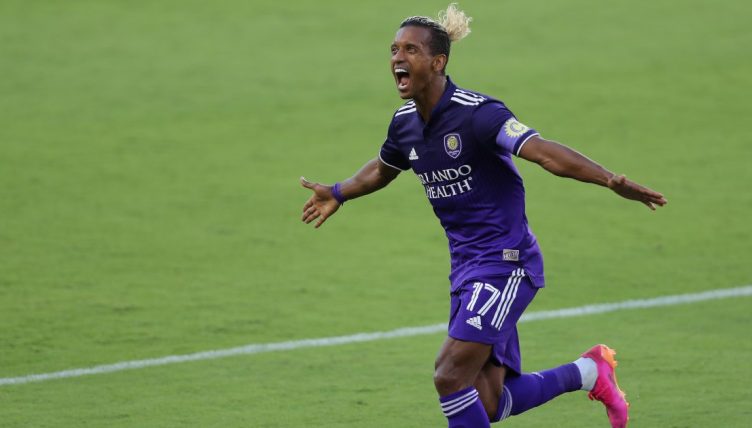 Former Manchester United winger Nani continued his superb goalscoring form for Orlando City with another goal courtesy of a brilliant strike in a 1-1 draw with New York City FC.

“I had great moments in Manchester. I enjoyed so much my football there,” Nani told the Manchester United Podcast in 2020. “I had some injuries in the middle and several moments that didn’t allow me to perform consistently for as long as I wanted.

“But I’m still very happy for everything I did in that club, all the fantastic players I played with, the coaches, all the staff I met in that great club.

“For me, the most important, beautiful, great moments that passed for me were in Manchester. I just have beautiful visions and I don’t see the wrong moments or the bad moments.”

The 33-year-old is now playing in the MLS and has enjoyed a brilliant start to the 2021 season, scoring with a ridiculously cheeky backheel against Sporting Kansas City and then a brilliant left-footed shot from outside of the area against FC Cincinnati.

He started against New York City FC and made it three goals in his last three games, curling in a strike from outside the area to give his side the lead shortly after half-time.