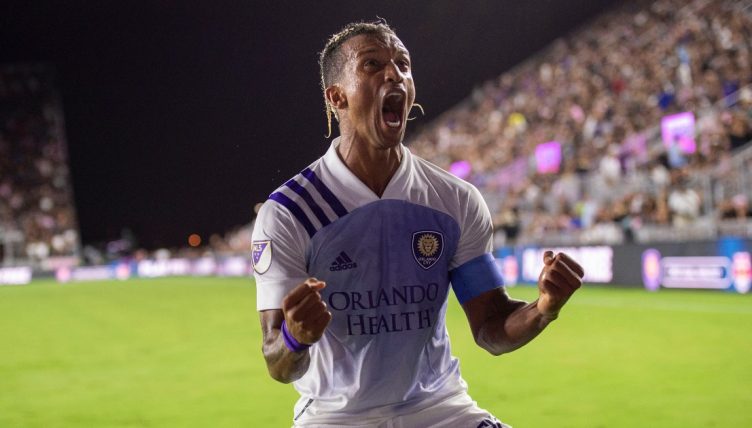 Former Manchester United winger Nani is continuing to enjoy the indian summer of his career in MLS, and he added another special goal for Orlando City with a late match-winner against Inter Miami.

The 79th-minute strike from the edge of the box secured three points and a 2-1 victory over their Florida rivals, heaping the pressure on fellow former Old Trafford old boy Phil Neville in the Inter Miami dugout.

The former United and Everton left-back left his post as the England women earlier this year to take the vacancy at the recently-formed MLS franchise, fronted by his former team-mate David Beckham.

It’s not difficult to see why they’re flying high when they’ve got the 34-year-old pulling it out of the bag like this, having notched six goals and three assists in eight appearances so far.

His latest was a special strike – and you need to watch replays multiple times to get a picture of the ridiculous technique. There’s something downright sexy about the way the ball travels into the roof of the net.

A goal so nice we watched it twice.*

*more than twice but who's counting pic.twitter.com/fwuOeXgkaE