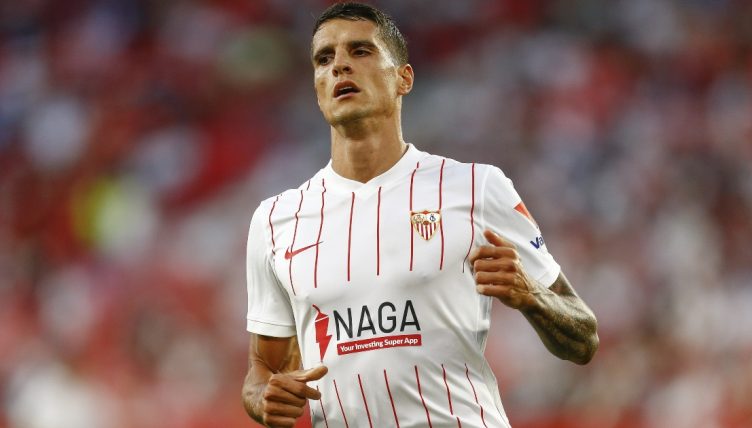 Former Tottenham winger Erik Lamela came off the bench and scored a screamer for Sevilla during their 1-1 draw at Real Mallorca.

Lamela spent eight years in north London, becoming a cult hero for his relentless dedication to shithousery and flashes of quality.

Having left Spurs this summer, as part of the deal that bought Bryan Gil to the club, Lamela scored two goals on his La Liga debut against Rayo Vallecano.

And the 29-year-old caught the eye again with this long-range belter that took Sevilla level on points with league leaders Real Madrid.

Finding themselves 1-0 down in Mallorca, Lamela entered the field as a 53rd-minute substitute and soon made his mark.

Cutting inside from the right-wing, the winger curled an unstoppable effort past Mallorca goalkeeper Manolo Reina and into the top corner.

“I feel in the best moment of maturity. All these years have served me as an experience to grow as a player and a person,” Lamela told Spanish newspaper AS in October 2021.

“I am at a time when I feel in this place, and I am excited. I am happy to be here and to take advantage to play football.”