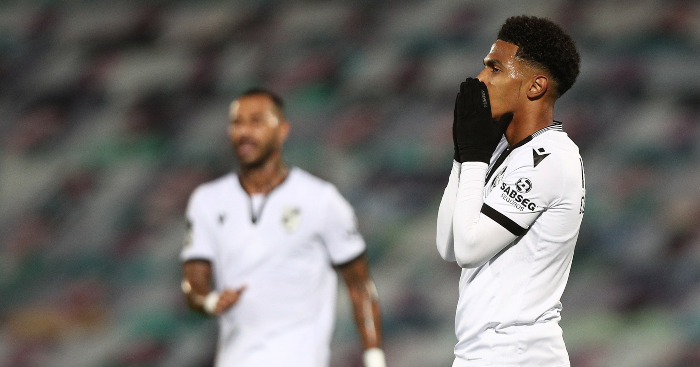 Marcus Edwards was never going to be able to live up to those Lionel Messi comparisons from Mauricio Pochettino at Tottenham, but the former Spurs wonderkid is showing what he is capable of on the continent with Vitoria Guimaraes.

Pochettino later admitted that he regretted comparing Edwards’ playing style to that of a young Messi, but he wasn’t the only one to be drawn in by the hype surrounding the attacking midfielder, who was named in The Guardian’s 2015 Next Generation series.

But Edwards played just 15 minutes of first-team football for Spurs before suffering an untimely injury, only for a subsequent loan spell at Norwich City to be cut short with only six minutes of football to his name amid criticism of his attitude.

Now 21, the England youth international has moved abroad to kickstart his career, first with a loan spell at Excelsior in Holland and then with a permanent switch to Portuguese outfit Vitoria.

Edwards showed you can take the boy out of Spurs but not the Spurs out of the boy by scoring against Arsenal in the Europa League last term, on his way to registering nine goals and nine assists in a promising campaign.

And he is now off the mark for 2020-21, courtesy of an excellent touch and volley to secure a 1-0 win over Boavista on Monday night.