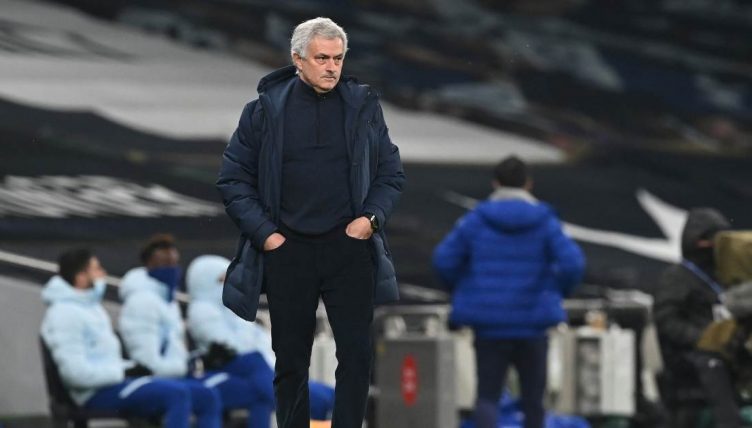 Jose Mourinho failed to hide his frustration with Eric Dier during Tottenham‘s Premier League clash with Chelsea on Thursday night.

Spurs have struggled for form under Mourinho in recent weeks and were made to look sluggish in the first half by a Chelsea side enjoying a resurgence following the appointment of Thomas Tuchel as Frank Lampard’s successor.

Dier was at fault for the Blues’ first-half opener, bringing down Timo Werner in the penalty area with a clumsy challenge, with Jorginho converting the resulting spot-kick.

The England international was almost involved in another costly error in the second half, lofting a difficult back-pass into the air to put goalkeeper Hugo Lloris under pressure on his line.

Lloris managed to head clear, but Spurs were fortunate Chelsea failed to take advantage after the ball broke into the area.

Footage later showed Mourinho’s reaction to the passage of play. Safe to say he wasn’t impressed…