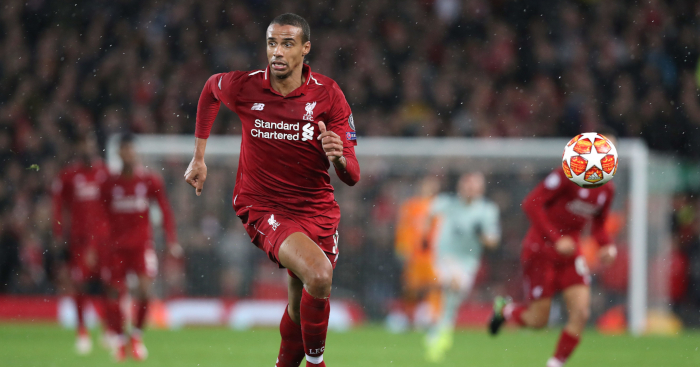 Joel Matip has flourished for Liverpool in recent weeks, pairing a defensive resilience alongside Virgil van Dijk with an impressive ability to play the ball out from the back.

Van Dijk often takes all the plaudits for Liverpool, but Matip has quietly gone about his business after injuries to Joe Gomez and Dejan Lovren presented the 27-year-old with the chance to establish himself as one of Jurgen Klopp’s first-choice centre-backs.

The Cameroon international picked up the man of the match award against Cardiff City at the weekend and his stats now compare favourably with his competition for a place in the side.

But his ability on the ball is perhaps one aspect of his play which perhaps has not received the praise it deserves – at least until one fan made a compilation highlighting some of Matip’s silky skills.