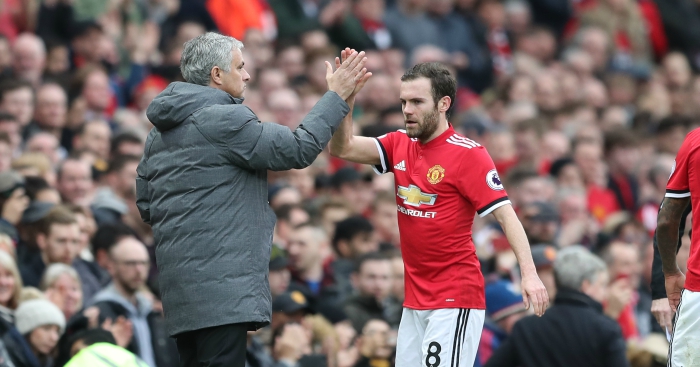 Manchester United faced Brighton in the FA Cup on a snowy Saturday evening at Old Trafford, with Jose Mourinho attempting to keep hopes alive of a trophy this season.

In a fairly dull first half, United took the lead as Romelu Lukaku converted from a fantastic Nemanja Matic cross.

Lukaku extended it to a run of five games now where he has been directly involved in a goal, standing out when team-mates Paul Pogba and Alexis Sanchez have been struggling.

The pair were dropped by Jose Mourinho for United’s cup tie against Brighton, with Anthony Martial and Jesse Lingard given the chance to play as part of the attacking three behind Lukaku.

And it was Martial who slotted straight in in the first half, linking up brilliantly with Juan Mata to set up a chance for the Spaniard.

There were five quickfire passes between the pair before Mata got a strike away from 15-yards, which was well saved by Mat Ryan.