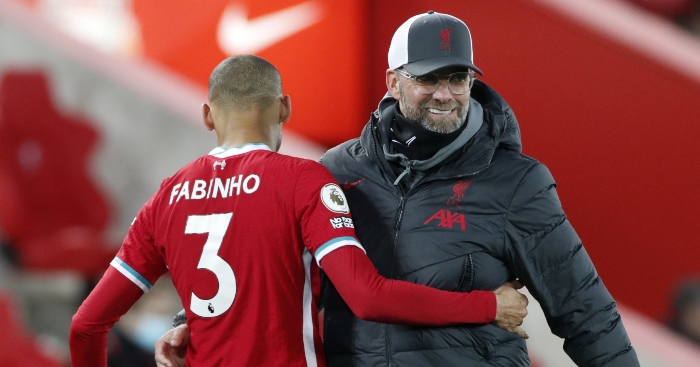 Despite being a midfielder by trade, Fabinho continued to prove that he can be a brilliant defender during Liverpool‘s 1-1 draw with Midtjylland.

Injuries to Virgil van Dijk and Joe Gomez have seen the Brazil international fill in at centre-back this season, earning plenty of plaudits in the process.

Having already qualified for the Champions League Round of 16, Jurgen Klopp made a few changes partnered Fabinho alongside Rhys Williams in defence.

The Reds took the lead through Mohamed Salah after just 55 seconds and the forward is now their record Champions League goalscorer.

The Danish side did equalise through Alexander Scholz’s penalty in the second half and Taki Minamino’s late goal was disallowed following a VAR review.