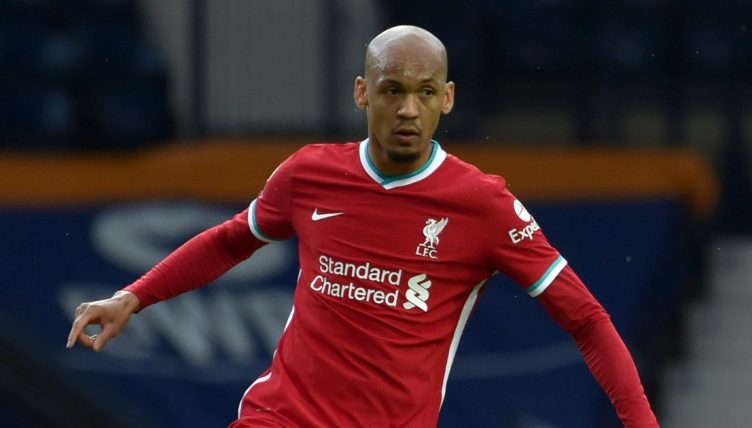 Fabinho summed up how every Liverpool fan felt after Alisson scored the decisive goal in their 2-1 win against West Brom.

With the scores level at 1-1, Alisson came up for a corner and headed past Sam Johnstone in the 94th minute at the Hawthorns.

The win ensures that Liverpool’s Champions League qualification destiny is now back in their own hands ahead of the final two games of the season.

“Wow, is a pretty good word. It was spectacular and a good game. What a moment,” Jurgen Klopp said after the game.

“That is so far the highlight. I hope we have time for another highlight [this season]. It was a tricky game. Winning that way is really special. I couldn’t be happier in the moment.

“It’s the best goal I’ve ever seen scored by a goalkeeper! Striker’s score like that. If Olivier Giroud scores like that you say it’s a worldie. It’s a worldie! Wow!”

But the Liverpool manager certainly wasn’t the only person who couldn’t believe their eyes.

While sat in the dressing room, Fabinho posted a video of himself just shaking his head in disbelief at what he had witnessed.

Fabinho is everyone right now pic.twitter.com/rsCtDpXLdo