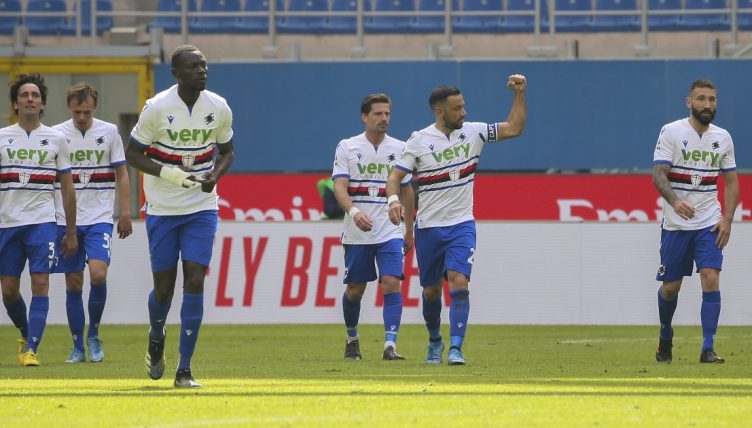 All eyes have been on Zlatan Ibrahimovic in AC Milan‘s surprise title challenge this season, but it was another veteran Serie A legend that stole the show in their clash with Sampdoria.

Sampdoria took the lead just before the hour mark in the Saturday lunchtime kick-off at the San Siro, with 38-year-old forward Fabio Quagliarella on his toes to exploit a mishap in Milan’s backline.

Quagliarella, who is still going strong after winning the Capocannoniere award for being Serie A’s top scorer a couple of years back, was alert enough to intercept a sloppy square pass by Theo Hernandez.

He didn’t even need to take a touch before striking at goal, catching Gianluigi Donnarumma in no man’s land, executing a perfect lob to send the ball floating into the back of the net.

Milan got one back late on through Norwegian forward Jens Petter Hauge, but it finished 1-1 on the night – a result that leaves Milan five points behind their city rivals Inter, having played two more games. The death knell of their Scudetto hopes?

What a howler from Theo Hernandez and Quagliarella punishes Milan! 😱