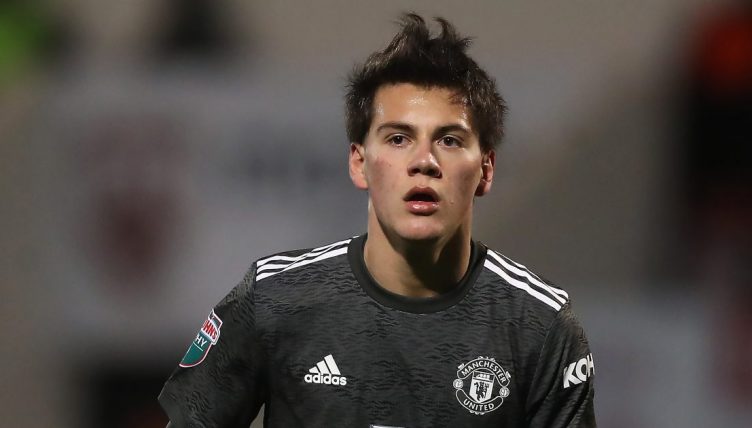 Facundo Pellistri marked his unofficial Manchester United debut with a goal in their pre-season friendly win over Derby County.

Pellistri joined United from Uruguayan side Penarol in a £9million deal on deadline day in 2020 and initially played for their Under-23s.

The winger spent the second half of 2020-21 on loan at La Liga side Alaves, making 12 appearances as they narrowly avoided relegation.

After Tahith Chong gave United the lead in the first half against Derby, Pellistri came on at the interval as Ole Gunnar Solskjaer made nine changes.

During the 60th minute, he linked up with fellow substitute Shola Shoretire before rounding the goalkeeper and tapping into an empty net.

While Colin Kazim-Richards pulled a goal back for the hosts, Pellistri’s strike proved to be the winner.

“I thought he was bright and he took his goal really well,” Solskjaer said after the game. “Great first touch. Good pass by Shola [Shoretire] but great first touch with sets him up.

“It was a very good goal, the first touch set him up and he’s very good at dribbling so going past the goalkeeper wasn’t a problem. He was bright when he came on.

“I think he showed what he is because he’s a difficult player to play against. One against one he can go past people so very pleased with him. I can see a loan deal for him, there’s been loads of interest and for his best interests a loan would be what we look for.”