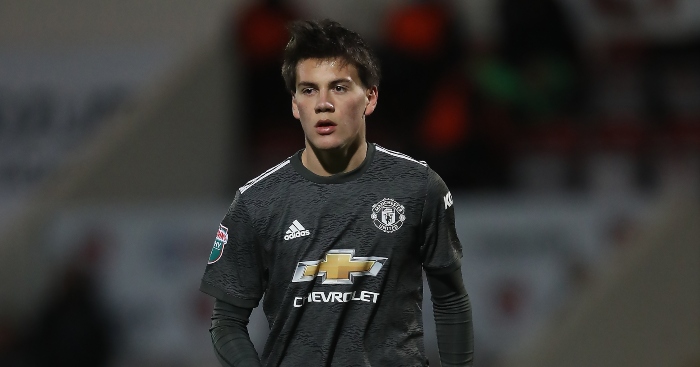 Facundo Pellistri gave Manchester United fans a glimpse of his talent by registering his first assist for the club’s Under-23s.

Pellistri came through the youth ranks of Uruguayan side Penarol before moving to Old Trafford in a £9million deal on deadline day.

The winger is yet to make his first-team debut for United but has played for the Under-23s as he continues his integration with the club.

“He’s a young boy coming over and it’s all new for him,” Ole Gunnar Solskjaer told Manchester United’s official website. “He’ll need a few games in the reserves, of course, to try to find his feet in a new country.

“It’s been very positive so far and he’s someone we’ll be patient with and we’ll give him time to settle in and get used to us.”

During their 4-2 win over Tottenham, Pellistri showed great footwork on the right wing before crossing for Shola Shoretire to score.