Watch: Fans chant ‘Arsenal Fan TV, Get Out Of Our Club’ at Goodison Park 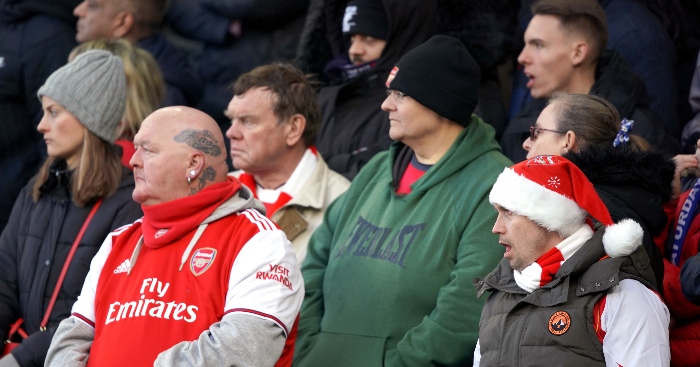 Mikel Arteta’s got his work cut out to bring some unity back to Arsenal when he begins life in the dugout after Christmas.

Freddie Ljungberg’s last game as interim boss was a forgettable goalless draw away at Everton, low on quality from both teams, with Carlo Ancelotti also in the stands set to take over as Toffees boss. Neither manager will have been impressed with what they saw on the day, with plenty of improvements to be made on the pitch.

One of the more memorable moments of the game was Arsenal fans chanting about the notorious YouTube fan channel AFTV which racks up the hits but has a divisive reputation among their fanbase as this clip recorded outside the ground afterwards demonstrates.

Journalists inside the ground also reported the chant in the ground during the match. Watch the footage below:

"Arsenal Fan TV – Get out of our club!" very audible from the travelling fans.