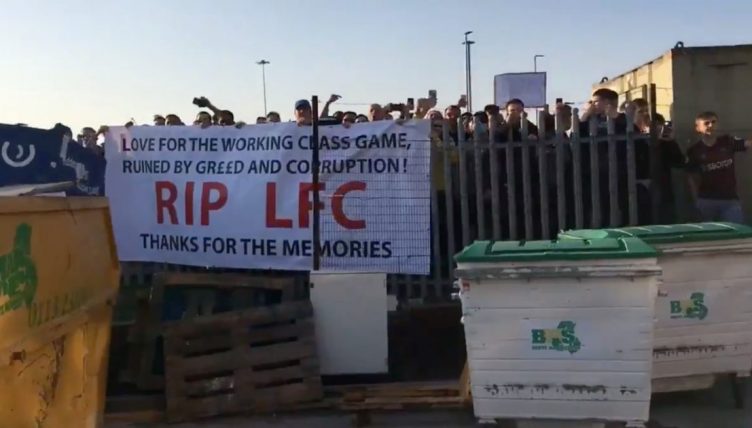 Liverpool‘s squad was met by chants of “greedy b*stards” and “scum” as they arrived at Elland Road ahead of their Premier League fixture with Leeds United on Monday night.

Fans from both clubs made their fury clear after Liverpool were one of the 12 clubs to reveal their plans to join a breakaway European Super League at the weekend.

Jurgen Klopp has voiced his disagreement with proposals for a Super League in the past, and the Reds’ manager, as well as his players, were left in a hugely uncomfortable position following the announcement on Sunday night.

Leeds fans protesting the decision were joined by their Liverpool counterparts outside Elland Road ahead of the two sides’ clash.

LeedsLive’s Beren Cross captured footage of supporters making their opinion clear as Liverpool’s squad arrived at the stadium, while a banner was flown over brandishing the message #SayNoToSuperLeague.

Watch the footage below.