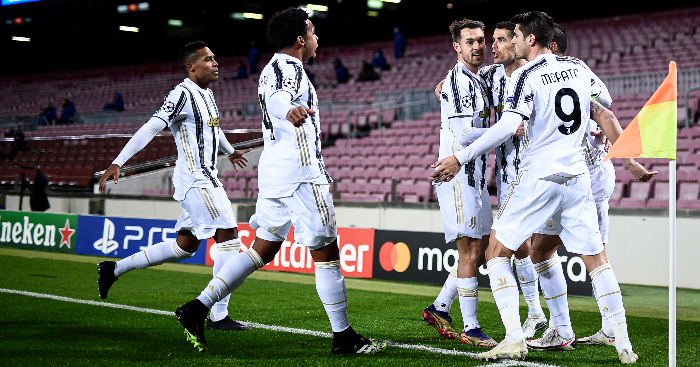 One silver lining from football being played behind closed doors is getting an insight into how top-level professionals communicate on the pitch.

You won’t find any more fascinating examples than this behind-the-scenes footage from Juventus‘ recent 3-0 win away at Barcelona in the Champions League.

Highlights include Cristiano Ronaldo being told to track a run into the box from Lionel Messi and Aaron Ramsey’s shout of “leave it” being ignored by Weston McKennie, who produces an acrobatic effort to score at the Camp Nou.

There’s also a sense of Gianluigi Buffon’s considerable experience and leadership skills between the sticks. The 42-year-old goalkeeper can be seen discussing with Ronaldo how best to set up for a Barcelona corner.

What we learned when we could #ListenIn to Barcelona v Juventus.
• Ramsey calling 'leave it' in vain as McKennie scored!
• Ronaldo and Buffon arguing about marking while three goals up.

The drive to win from Juventus' legends at both ends of the pitch 🙌 pic.twitter.com/EnHPgk2So4