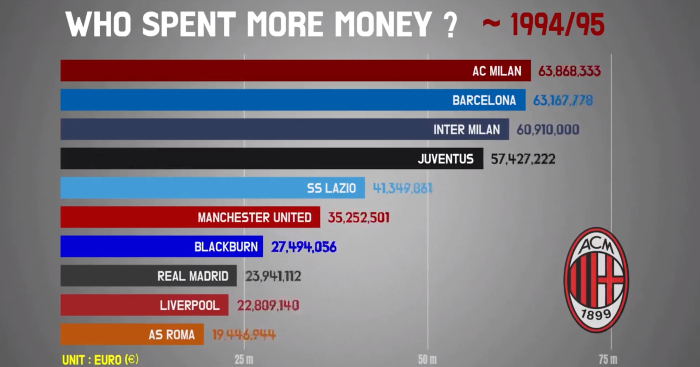 It’s safe to say that the complexion of European football has changed quite a bit over the last 28 years.

An amazing infographic video doing the rounds confirms that Manchester City have spent more any transfers than any club since 1991, although the hyperinflation of the transfer market since they were taken over has a lot to do with that.

But it also gives a fascinating insight into football in the 90s, with the likes of Lazio, Blackburn Rovers and Leeds United making cameo appearances as the biggest spenders in years gone by.

Take a look at the video below: