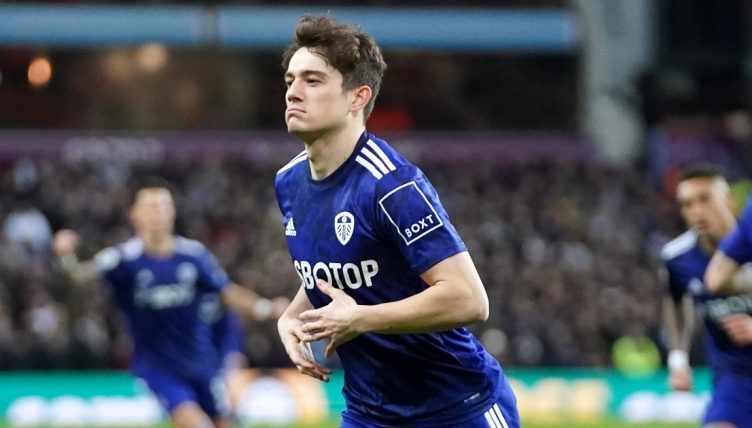 Leeds United’s Dan James appeared to explicitly display his discontent at the prospect of being substituted in Wednesday night’s six-goal thriller at Villa Park.

The Wales international netted a brace as Leeds rescued a draw against Aston Villa. His first goal gave Marcelo Bielsa’s side an early lead, before he doubled his tally on the brink of half-time to inspire a comeback.

The 24-year-old hailed the Leeds display when speaking to BT Sport after the game: “I think it was important to score that goal just before half-time to give us that lift going into the second half, and I think we will be a little bit disappointed not to get all three points but it’s a point away from home against tough opposition.”

James operated up top with talisman Patrick Bamford yet to return from injury. He was a standout performer but was nearly replaced in the final stages with the match all square.

The forward had sustained a knock prior which may well have been the rationale behind a potential switch, while he was also on a booking after pressing aggressively. Marcelo Bielsa had withdrawn him in Leeds’ last game, a 1-0 home defeat to Newcastle, and explained the caution was behind his decision on that occasion.

It’s fair to say James was eager to play the 90 minutes, conveying his thoughts angrily towards the bench. Whatever he did say worked – he got his wish.

“I am very happy for him,” Bielsa told reporters in his post-match press conference.

“I sincerely value the contribution Dan makes to our game. That he scored is a lot better, but even when he doesn’t score he makes contributions for our offensive game to be profound.”

There was plenty of speculation from Leeds fans on social media following the incident after cameras picked up the forward muttering to himself at the prospect of being substituted. Only he will know what he actually said, but if there was a “fuck off” it was in frustration, said to himself, rather than said in the direction of his coach.

I’m not sure what he said? pic.twitter.com/z5QCeMKgub