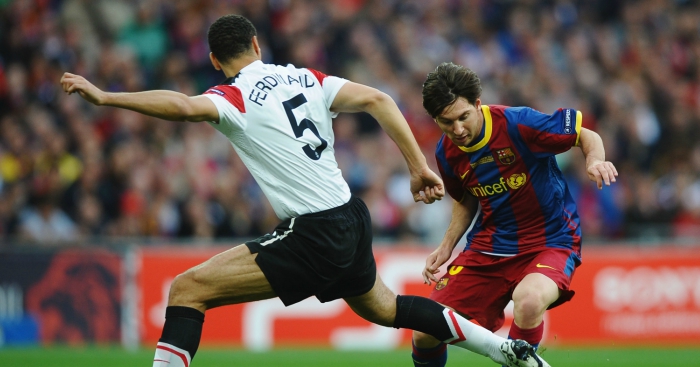 Rio Ferdinand played alongside Cristiano Ronaldo and against Lionel Messi in his Manchester United days – and he explained the difference between the two players after Barcelona dumped Chelsea out of the Champions League.

Having scored in the 1-1 draw at Chelsea in the first leg, Messi scored twice and provided a brilliant assist for Ousmane Dembele as Barcelona thrashed the Blues 3-0 in the Nou Camp to qualify for the quarter-finals of the Champions League.

The night saw the Argentina superstar reach a century of goals in the Champions League, a tally he reached 14 games quicker than Real Madrid rival Ronaldo.

Whatever your opinion, you probably at least agree with Lineker, who hit the nail on the head when he said: “What he does more than anything else, I think, he brings joy.”

Watch: When Cristiano Ronaldo & Frank Lampard enjoyed kicking each other