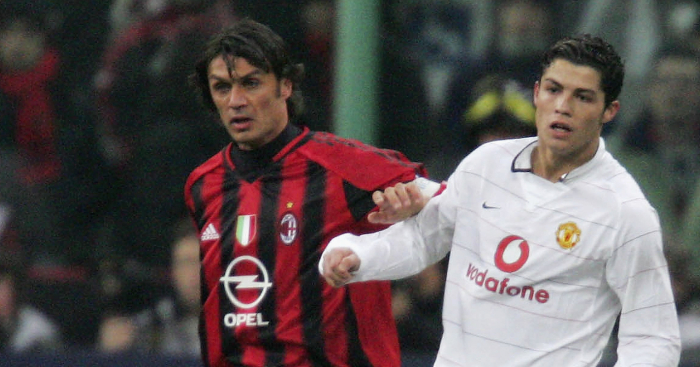 Paolo Maldini was one of football’s greatest ever one-club men, but things could have been so very different if Sir Alex Ferguson has his way while in charge of Manchester United.

Maldini won Scudettos in three separate decades with AC Milan and maintained his standards as one of the world’s best defenders throughout his remarkable career.

His father, Cesare – himself a Rossoneri great – once said of his son: “His soul belongs to Milan.”

But that didn’t stop Fergie attempting to land the former Italy international in what would have been an incredible signing for Manchester United.

Watch the clip below to see how Ferguson explain how his hopes quickly fell flat, thanks in no small part to a meeting with the “formidable” Cesare Maldini.

Sir Alex Ferguson tells the story of the one time he tried to sign Paolo Maldini. He was shut down by Cesare Maldini: