Watch: Fergie steams into Scholes in Man Utd training, gets left on his arse 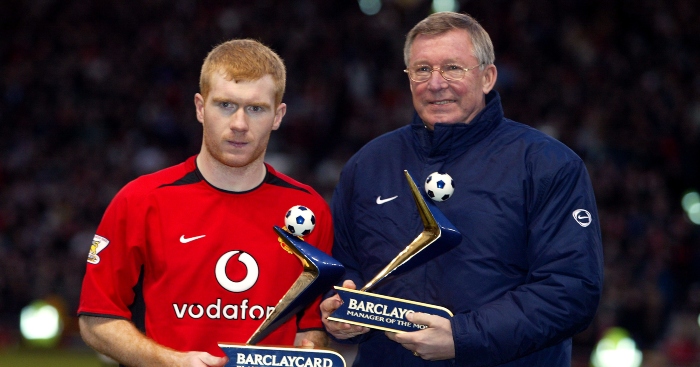 Sir Alex Ferguson forged a reputation as one of the most terrifying managers in the world but the Manchester United legend also had another side to his character.

Ferguson played for Rangers in his playing days and an old clip has resurfaced online showing the manager getting involved in a training session with the United players.

After taking some shots on goal, he dives into a challenge on Paul Scholes but the midfielder leaves his boss in a heap on the floor.

The rest of the squad burst into laughter, while even Ferguson can see the funny side.