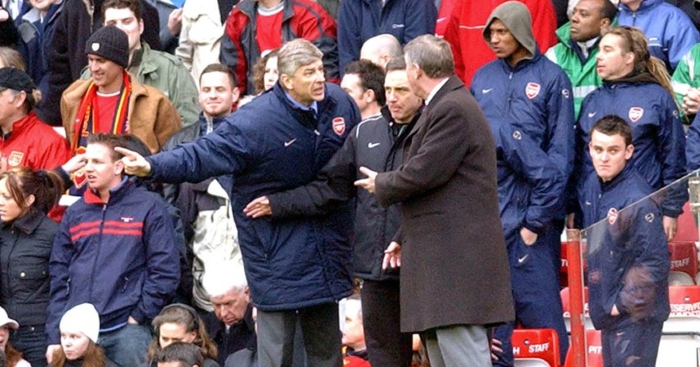 Brilliant footage has emerged of Sir Alex Ferguson firing up his Manchester United players ahead of a battle with Arsenal.

Ferguson had some memorable clashes with Wenger during the pair’s lengthy spells in charge of their respective clubs, many of which often boiled over due to the intense physicality.

“It’s funny,” Scholes said, “in team talks before matches against Arsenal, the ball was very rarely mentioned. We knew we had to get about them, and the manager drilled that into us, he revved us up.”

The clip also features footage of one of Ferguson’s team talks ahead of a clash with the Gunners, which is wonderfully sweary.