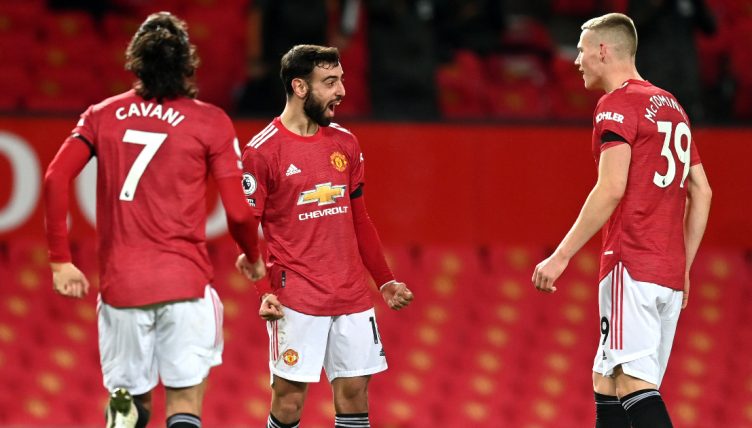 After their 9-0 thrashing of Southampton in midweek, Manchester United fans may have been concerned their star men had run out of tricks.

But that is never going to be the case when you possess world-class talents like Bruno Fernandes, who once again lit proceedings with a moment of magic on Saturday night.

Prior to kick-off, the Portuguese boasted a record of 12 goals and 10 assists in 22 Premier League matches, and he made sure he improved on that record with a stunning, Cantona-esque finish on the stroke of half-time.

But while the finish was undoubtedly spectacular, some praise must be given to the outrageous dummy from the attacking-midfielder in the build-up as well.

Almost without breaking a stride, Fernandes appeared to let Fred’s pass go straight through him and on to Aaron Wan Bisakka. The nonchalance is truly something to behold.

Sure, he then lifted it brilliantly over Robin Olsen… but look at that dummy!

Can you name every player Sir Alex Ferguson used in his last Man Utd season?