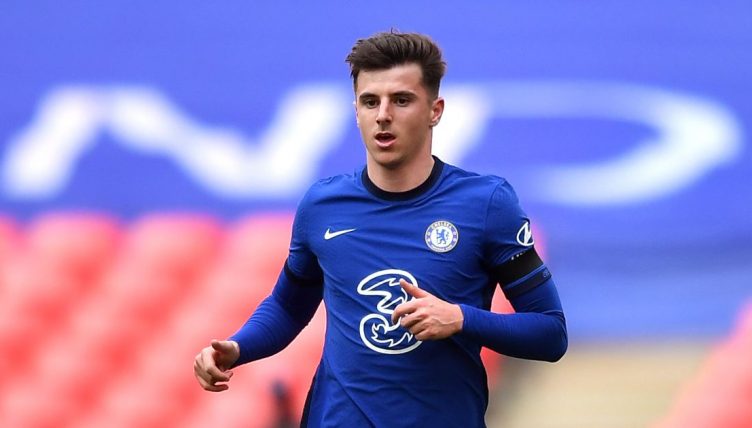 Chelsea fans were left fuming after Manchester City‘s Fernandinho appeared to stamp on Mason Mount’s head during the opening stages of their FA Cup semi-final.

We’ve had some brilliant cup semi-finals in recent years but the two sides cancelled each other out in a rather uneventful first half.

The one major talking point came in the 17th minute when Fernandinho knocked Mount to the ground.

With the England international on the floor, Fernandinho attempted to jump over him but his right boot appeared to catch his opponent’s eye.

Mount could clearly be seen indicating that he had been caught in the face but referee Mike Dean did not produce a card.

“It could have been totally worse,” Ashley Cole told BBC Sport at half-time. “I don’t think Mason is touched. Or at least touched hard enough. It’s one of these things, you’re playing in a semi-final, tempers will flare up.”

It’s hard to say whether the stamp was accidental or deliberate but Chelsea fans certainly weren’t happy with the decision.

Did Fernandinho get away with one here? 👀 pic.twitter.com/kzB0l85ouu

Fernandinho stands on Mount’s face and takes Mount out on the counter = no cards.

Mike Dean is a disgrace.

The fact Fernandinho doesn’t have even a yellow card at this point, after first stepping on Mount’s face and second going studs up on him, it’s a disgrace.