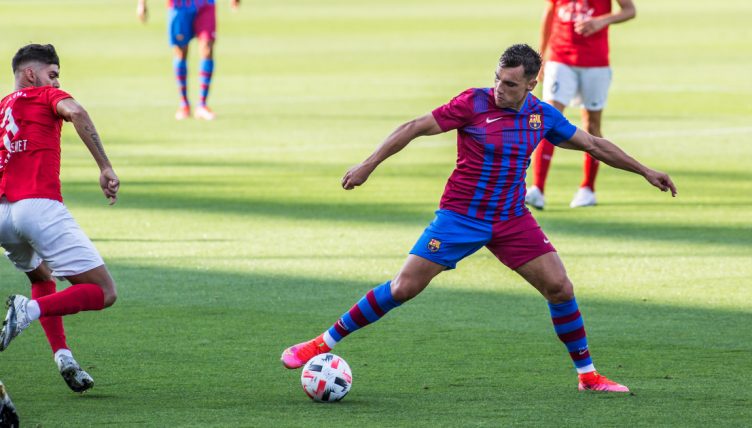 There was not much to celebrate for the Catalan side, as they lost on penalties to Boca, who finished fourth in the 2021 Argentine Primera Division.

The match, officially a friendly, was in honour of the late Diego Maradona, who played for both teams during his long and illustrious career.

Jutgla, 22, took his goal well. He latched upon a loose ball following a Diego Alves cross and made space for himself before firing the ball at speed past Agustin Rossi in the Boca net.

The young striker has made a solitary appearance for the senior Barcelona side this season, generally playing for the Barcelona B team in the lower divisions.

As Xavi continues to try and rebuild Barcelona and turn around their poor form he may continue to look at youth players like Jutgla, who no doubt will have made a strong impression.

This was his first goal for the first team and Barcelona fans will be hoping the first of many – they certainly need a player who knows where the net is.

I don’t care if this is just a friendly, Ferran Jutglà should start over Luuk de Jong in our next game…I’ve seen enough pic.twitter.com/skCCQUMha4