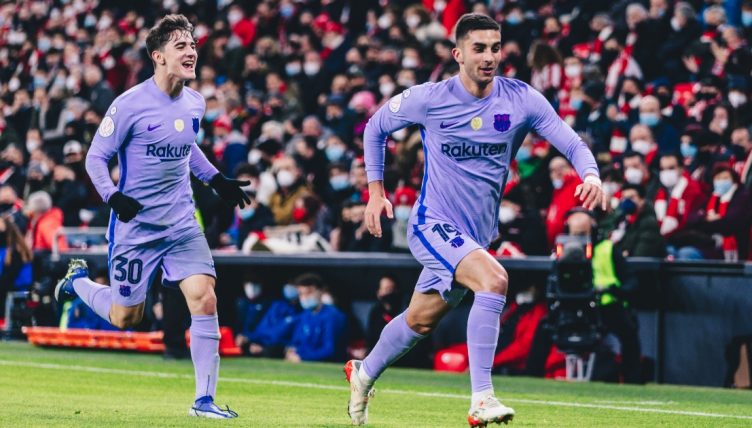 Ferran Torres started to justify his £47million transfer fee during Barcelona’s clash with Athletic Bilbao in the Copa del Rey.

Torres, who came through Valencia’s academy, spent one and a half years at Manchester City before returning to Spain with Barcelona earlier this month.

The winger made his debut in the Spanish Super Cup semi-final against Real Madrid in Saudi Arabia but was substituted after 45 minutes.

He then started against Bilbao and scored a brilliant equaliser in the 20th minute after Iker Muniain had given the home side a very early lead.

While Torres is at the start of his Barcelona career, fellow winger Ousmane Dembele looks set to leave Camp Nou after refusing to sign a new contract.

“With Ousmane and with his agents we began conversations in the month of July, during all this time, it has been six months almost seven months, we have talked, we have spoken, Barca has made different offers, we have tried to find a way for him to continue with us,” Barcelona director of football Mateu Alemany said.

“Those offers have been systematically rejected by their agents. And today, January 20, 11 days before the end of the last term within his contract, it is evident, it seems obvious to us, that the player does not want to continue at Barcelona and therefore is not committed to Barca’s future project.”

Ferran Torres with a classy curler for his first goal for Barcelona! 🙌

A great game shaping up at San Mames pic.twitter.com/R3fAV6FSUp