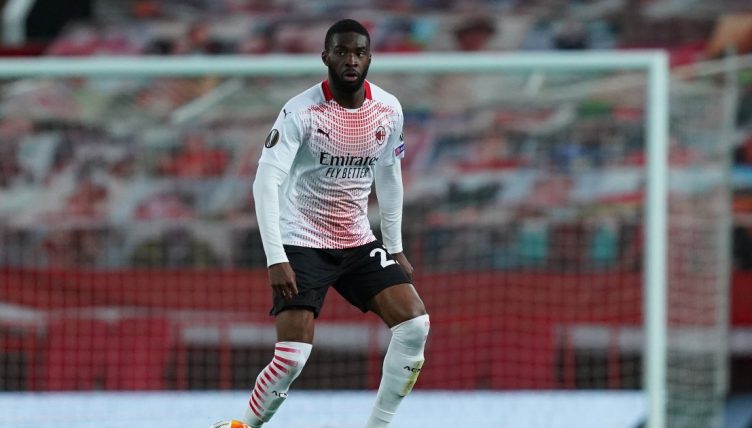 Having impressed on loan at Derby County in the 2018-19 season, Tomori made the step up the following year as Frank Lampard joined him at his boyhood club and was handed his England debut by Gareth Southgate in November 2019.

But ever since lockdown, the 23-year-old has struggled for opportunities, making just one Premier League appearance this season before being loaned out to Milan in January.

The centre-half has hit the ground running at the San Siro, however, slotting straight into the backline for the Serie A title challengers.

It was another strong performance as Milan came away from Old Trafford with a 1-1 draw in the first leg of their round of 16 clash, as Simon Kjaer cancelled out Amad Diallo’s opener with an injury-time header.

The highlight came just as he’d looked to have been beaten by Mason Greenwood, but he recovered to make a brilliant last-ditch tackle by the byline.

Receiving the ball back a few seconds later, he then skilfully beat a couple more United bodies before the ball was cleared.