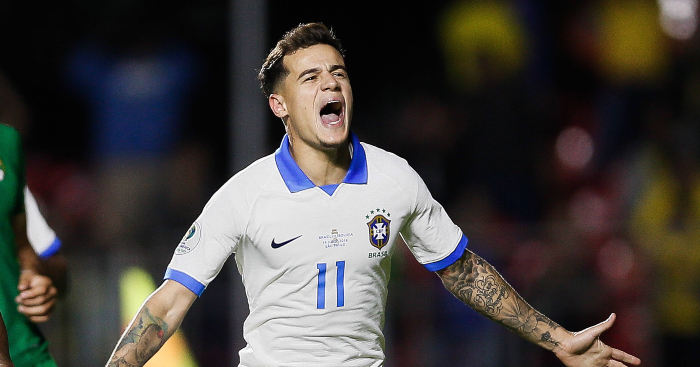 Roberto Firmino and Philippe Coutinho rolled back the years to create a goal made in Liverpool as Brazil beat Bolivia 3-0 in the opening match of the Copa America.

Brazil were booed off at half-time in Sao Paolo with the game goalless after a lacklustre first 45 minutes but improved after the break to record a comfortable victory.

Barcelona midfielder Coutinho opened the scoring from the penalty spot and doubled Brazil’s lead with a header before Everton rounded off the scoring with a stunner from the edge of the area.

Firmino was replaced in the second half by Gabriel Jesus, who produced a filthy backheel nutmeg to give fans something to smile about, but the Liverpool forward made a telling contribution himself by teeing up his former Reds team-mate Coutinho for the second goal.

What a ball from Bobby Firmino to Coutinho, telepathic link up no need for Neymar. #copaAmerica pic.twitter.com/TRfYTlzomb