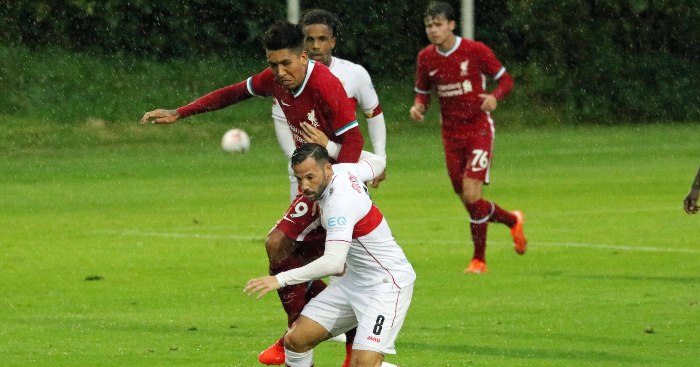 Liverpool blew off the cobwebs to get their pre-season underway in impressive fashion as they eased to a 3-0 victory over Stuttgart on Saturday.

As part of their pre-season tour of Austria, Liverpool faced off against the newly-promoted Bundesliga outfit before they play RB Salzburg on Tuesday.

Jurgen Klopp made 11 changes at half-time, with the team for the second half far more inexperienced than the mainly first-team XI that started the match.

Roberto Firmino opened the scoring early on after some good play from Curtis Jones provided the striker with a tap in.

And Naby Keita made it 2-0 before half-time, finishing calmly after a lovely back heel from Firmino put the midfielder through on goal.

In-demand striker Rhian Brewster added to the scoreline after the break, strengthening his claim to be given a chance in the first team by Klopp rather than be loaned out again after an impressive spell at Swansea City.