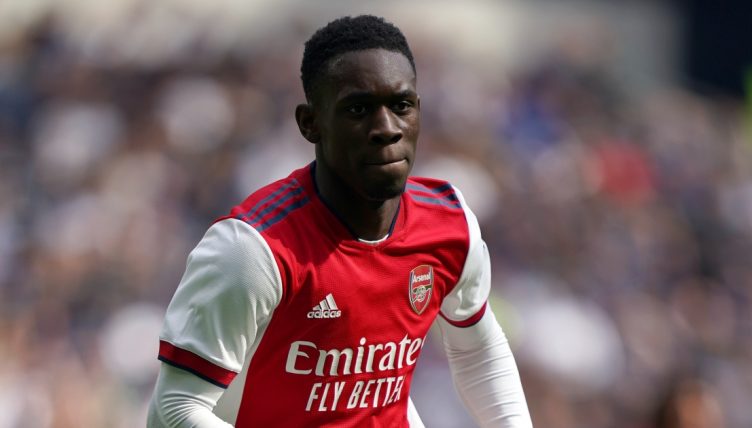 Balogun, who came through the academy at Arsenal, scored two goals in six first-team appearances in all competitions in 2020-21.

The striker then made his Premier League debut on the opening day of 2021-22 but hasn’t started a first-team game since that defeat to Brentford.

“We will see what happens,” Arteta recently said when asked about Balogun’s future at Arsenal. “Again, with Flo we have a really clear project.

“The steps that he’s making, they are the right steps. Don’t forget he is really young, he hasn’t played almost any professional football, and you need to go through every phase – and don’t try to jump phases when you are not ready to do so.

“Again I’m really happy with him, he’s making the right progress and in December we will see where we are and what’s the best for him as well.”

The 20-year-old has scored eight goals in Premier League 2 this season and his latest effort was a 97th-minute equaliser against Leicester.