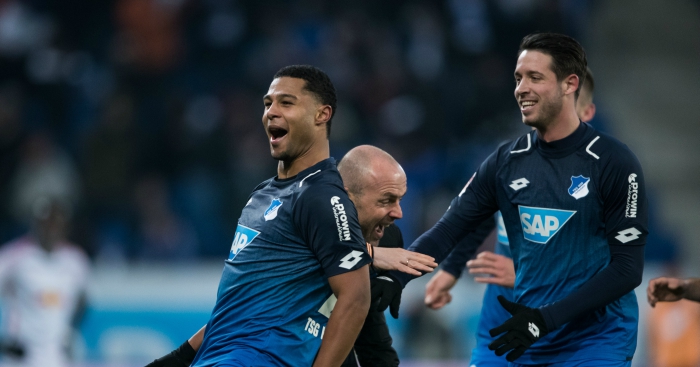 Former Arsenal starlet Serge Gnabry scored a stunning goal from just inside the opposition’s half as Hoffenheim thrashed RB Leipzig 4-0.

Leipzig may be behind only Bayern Munich in the Bundesliga, but were taught a lesson by Hoffenheim, who move up to fifth after Borussia Dortmund dropped points at Bayer Leverkusen.

Nadiem Amiri put the hosts ahead after just 13 minutes, but the scorelined remained 1-0 until half-time.

Gnabry then stole the show in the second half, doubling Hoffenheim’s advantage after 52 minutes.

But the attacker, who is on loan at the club from Bayern Munich, saved his party piece until the 62nd minute, when he lobbed the goalkeeper from all of 40 yards, before Mark Uth completed the scoring.

Just look at the way the ball bounces out of the goal. Gorgeous.