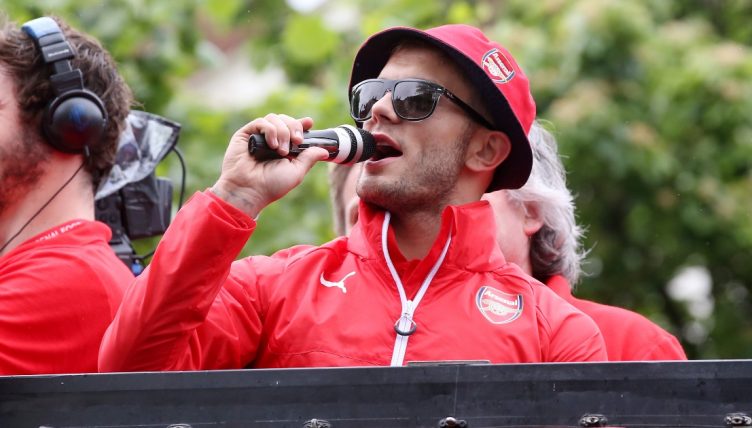 Despite leaving Arsenal in 2018, Jack Wilshere remains a big Gooner and is subsequently not a big fan of their north London rivals.

During a recent appearance on talkSPORT, Wilshere tried to set a new Guinness World Record for most football shirts worn at once.

After putting on 30 different shirts, the 29-year-old seemingly needed one more to break the record and was then handed a Tottenham kit

He flat-out refused to wear it and was given a Wolves shirt instead. Presenter Andy Goldstein then revealed that he hadn’t actually set a new world record and the whole thing was a prank.

The clip further endeared Wilshere to Arsenal supporters and it’s not the first time that he has shown how he feels about Tottenham.

.@talkSPORT pranking Jack Wilshere for the Guinness World Record for wearing the most football shirts at once (featuring Jack refusing to wear a Tottenham shirt). 😂😂 #afc pic.twitter.com/cG9SuYad5f