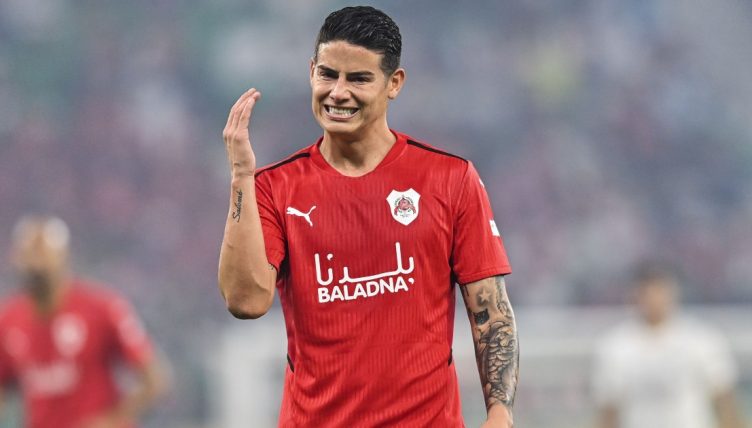 James Rodriguez’s time at Qatari club Al-Rayyan got off to a stinker on October 17 as his side fell to a 3-0 defeat – but he made up for it on Tuesday night, scoring his side’s third in a 4-2 win.

Rodriguez moved to Qatar this summer after an unhappy, injury-interrupted season with Everton in the Premier League.

The move to the Middle East is something of a fall from grace for someone who was contracted to Real Madrid as little as 13 months ago and who only turned 30 in July.

But Rodriguez has made that choice to go and play his football away from the bright lights of Europe’s top leagues and, after that dire debut defeat, he has now managed to get off the mark for Al-Rayyan, who are managed by former PSG boss Laurent Blanc.

With his side already 2-0 to the good against Al-Sailiya, Rodriguez charged into the penalty area to receive a cross from, cut it onto his stronger left foot and thumped the ball beyond the ‘keeper.

Al-Sailiya almost came back into it with two late goals, but Rodriguez’s team-mate Mouafak Awad scored a late goal to seal a 4-2 victory.