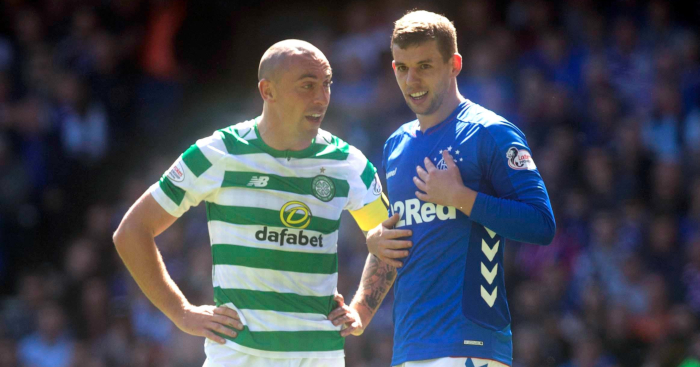 Scott Brown once again found himself at the centre of controversy as Rangers beat Celtic 2-0 in the Old Firm Derby at Ibrox on Sunday.

Rangers took the lead after just two minutes as James Tavernier’s free-kick floated in at the back post.

And Scott Arfield doubled the hosts’ lead just after the hour mark as Rangers recorded back-to-back home wins over Celtic for the first time in seven years.

In the clash between the two sides in March, Brown was punched by Liverpool loanee Ryan Kent, who somehow managed to avoid a red card.

And there were similar scenes on Sunday as the Celtic midfielder dropped to the floor after an elbow from former Liverpool defender Jon Flanagan, who was given just a yellow card.

If you haven't seen it, here's Flanagan's clash with Brown, for which he received only a yellow card… pic.twitter.com/TrqHJhhNCq