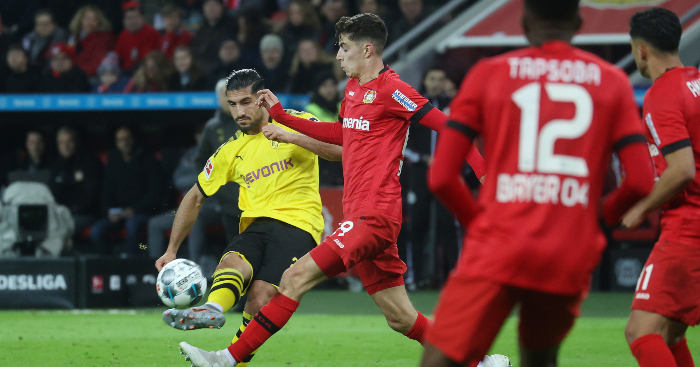 Emre Can had a taste for scoring spectacular goals at Liverpool, and the Germany midfielder lived up to his reputation on his Borussia Dortmund with a stunning strike against former club Bayer Leverkusen.

After a frustrating 18 months at Juventus since leaving Liverpool, Can has returned to the Bundesliga by joining Dortmund on loan in January with an obligation to buy at the end of the season.

The 26-year-old could not stop Dortmund falling to a 4-3 defeat to Leverkusen on his first appearance for his new club but did put them 2-1 up with a beautiful strike from long range.

Can won Liverpool’s Goal of the Season award in 2016-17 for his overhead kick against Watford, and this may be even better.

Emre Can scores a stunner against his former club on his Borussia Dortmund debut!!! pic.twitter.com/64JEvKkm6x

How to finesse on your debut.